We are proud to launch our web-site on November 1, 2021
during American Film Market (AFM)

Greta Joanne Entertainment is an award-winning boutique production, sales agent, distributor (theatrical and digital) marketing, and public relations specialist company. The company was founded by award-winning multi-media talent Angelique Monet in an effort to fill the demand for independent cinema, films of purpose, and fostering talent specific to individuals of African descent, indigenous people as well as Asian and middle eastern stories. The company continues to expand with offices located in New York, London, Monaco and Lagos with co-production facilities at Noida Film City in India in preparation to develop games and commercial films.

GJE has a long presence at Cannes Film Festival and Marche du Film and has screened and marketed many films. This includes critically acclaimed:

A partnership for films of purpose between Monet’s NGO that holds Consultative Status to the United Nations is in place with New Generation In Action’s AFI World Peace Initiative, where GJE is the sponsor during Film Markets (films of purpose).

The company has a slate of films from low budget to high budget including Karl Bardosh’s “Burnt Offering,” that is executive produced by Ashok Hinduja of Hinduja Group, Executive Produced by James Simpson (The Merchant of Venice) and will star Deepak Chopra.

Founder Angelique Monet has championed smartphone content into a category called Smartphone Cinema and GJE alongside AFI World Peace Initiative was the first to introduce this handheld technology to Cannes Film Festival in 2019. Now the GJE has created a boutique division to distribute smartphone content and films such as female and 1st time filmmaker Vineesha Arora Sarin was featured in Golden Globes Magazine and the first time an Asian woman in Hollywood produced a full length narrative feature film all shot during COVID-19 pandemic.

During AFM2021, GJE will launch the African division that will acquire, and produce stories, cultures and traditions of Africa. A series of documentaries, docu-series, animation, and narrative feature films are scheduled. Animation “Legend of The Cocoa King,” is a part of the AFM2021 line up and is in “Development” scheduled for 2023. The story is by His Royal Majesty King Dokun Thompson, the Oloni of Eti-Oni and is Executive Produced by Their Majesties of Eti-Oni.

Founder Angelique Monet will produce a series of animations, games, television and films with live puppets and her ventriloquist figures 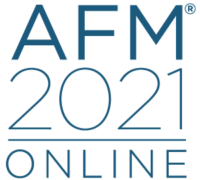 To reach us, please fill our form